Some love affairs are classified as ill-fated and others as eternal. Which would you classify the affair of Ebony’s Albino? 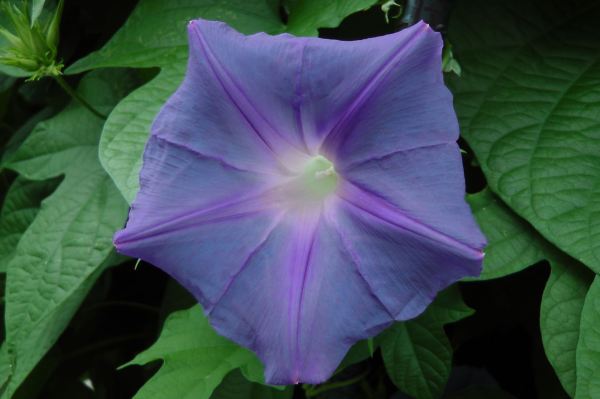 Ebony hissed as the unfamiliar hands toweled her dry. It was good to be in out of the rain, but the strange hands and the smells of food were setting off spasms in her stomach.

“There you go. Almost as good as new.” said the woman, as she moved to shoo Ebony into the living quarters.

Walking through the alcove, Ebony thought, This is really nice. Places to sleep, to lounge and… Oh!

Her eyes widen in fear as she spies the big … the really huge male as he saunters forward, planting himself directly in her path. She quivers as she looks into his pale pink ringed eyes. “Hello,” she utters, not realizing her voice is a soft purr and taken as an invitation by the Albino.

Ebony skitters back, afraid of his overpowering size and his words, stutters, “Ex..excuse me? Wha..what did you say,” knowing exactly what he had whispered in her ear. At least she understood that he thought she was the finest piece he had seen in a long, long time.

“Listen up Sweetheart, if you want to end up calling these digs home, you and I better act like we can get along. This family takes in the likes of you weekly. I have the final say on whether you stay or not.”

“You look to be pregnant. Are you not?” He leans in to hiss as his body gently bumps her stomach.

“I don’t think.. well that is… no. No!” She pulls herself up to her full height, leaving her still woefully several inches too short, needing to gaze upward into his silvery eyes. Her heart thumping out the echo of his words, I have the final say…

“How do you explain that big bump? Just give birth? On the run? Don’t think she has not noticed,” as he cocks his head towards the woman out in the cooking area. If you play nice, she’ll take you to be checked, getting the best medical care she can for you. Say the word, and you stay. Fight me, you get to keep moving. I’ll make sure of that,” he growls as he breathes into her ear.

Ebony’s shoulders slump as her spirit droops. She was dumped in an alleyway, cuts, burns and, bruises marring her delicate beauty… being cursed for her color, running from gangs of wild males; caught a couple of times. Could she be? No! But what if she was. Unthinkable! Oh, Dear Lord, please no! she silently implores, even as she shyly seeks out the Albino’s eyes.

“What do I have to do to stay? How do I play nice,” thinking, this may be only slightly better than the alley.

“Let’s start with introductions. I’m called Al, and I would like to call you ma beauté noire.”

A smile was threatening to lift her lips even as she replied, “I’m not a horse and I’m not much of a beauty but my name is my color. Ebony. You still didn’t say what you want.”

“For now… I just want to sit and talk.” Al beckons her towards his sleeping area but seeing her hesitate, he veers towards the couch he was on when she walked in. Seeing her raised eyebrow, he assures her, “It’s fine. The folks are as good as the people here in this home. Come Sweetheart, sit.”

“Ah, ma beauté noire, you’ll be fine. She won’t hurt you, and she knows I like you, so you’ll be coming back.”

“Sweetheart. Ebony. Stop. Please. Don’t get yourself all worked up about something that probably isn’t and if you are, no she will not make you have an abortion. She values all life.”

“You don’t know her enough to not like her. You will like her in time. I wasn’t crazy about her either when I first got here but she loves me and her mate is good to all of us. You’ll see. Now hop in and get going. The sooner you do, the sooner you’ll be back.”

“You promised. You will be here when I get back?”

“Have I lied to you yet? Of course, I’ll be waiting for you. I’ve been waiting for you my whole life Sweetheart. I will be here, waiting,” Al whispers as he leans in to kiss her.

When Ebony turns to watch Al standing in the doorway, the woman says, “We’ll be back soon and Al will be waiting for you. You’re the first female he’s shown any interest in, and we’ve had a bunch through the house. This is more of a half way house. I do hope all is well with your health. That tummy of yours worries me but if it’s baby time, then we’ll deal.”

Ebony sighs as she settles back on the seat of the woman’s car. She doesn’t know why she doesn’t like her, but she doesn’t. She will trust her though because Al trusts her. He has street smarts, his judgement is good.

In the short time she’s known Al, he’s truly been a gentleman. She shared his bed the night before, slept spooned into his heat, fell asleep to the beat of his heart. Her heart felt like it was home, as its rhythm matched his. He didn’t try to mate with her, just kissed her goodnight and enfolded her in his embrace.

Ebony couldn’t understand the aversion to her, but it never seemed to fail, she always got what she called, dirty looks from other females when she walked into a room. This waiting room seemed to have the same old crowd. The woman leaned over and whispered, “Pay no attention. They’re jealous because you’re so beautiful.”

Overwhelmed, Ebony peeks at the woman, trying to figure out why she’d say such a thing. She wasn’t beautiful. Hadn’t she’d been told enough times she was ugly, just another mouth to feed, not only ugly, but a no good, witchy female. Her mirror told the truth, lots of black hair and those sparkling green cat’s eyes, but all Ebony saw was the lies she believed.

As Al gently rubs Ebony’s bloated stomach, he leans in and kisses her. “I told you, you probably weren’t pregnant but I thought your tiny appetite was because you were nervous being new here. Finding out your body is in starvation, I want to go and hurt your tormentors!”

“Truly my White Knight, you are so sweet. I don’t know how I ever thought you were going to be like everyone else I’ve been around. Please don’t worry. I’ll be okay. The doctor told the missus what food I should have, and she agreed she’d start tonight! I can’t believe she’s doing this for me!”

“I told you she was kind and that you would like her.

“Did I say I like her? I said I couldn’t believe she was doing this for me…. I don’t like….stop, stop tickling me…okay, oka..y, she’s all right, I guess.”

“I’ll be going out, tonight. Got to do my rounds, and I want you to feel comfortable being here without me.”

“Do you have to go tonight?” Ebony could hear the whine creeping into her voice so left the question hanging.

“I’m getting restless. It’s been a bit, since I’ve been out. I wanted you here and I didn’t want you afraid so I’ve flipped my routine but I really need to get back to business. I need to sleep for a bit….do you want to take a nap? I find I sleep better with you at my side Sweetheart.”

Ebony thought back to that first night that Al went out. His job was patrolling the neighborhood, reporting the crimes he should, and taking down the perps that he could. He was one tough guy with many conquests under his belt, with a lot of rescued souls listed on his resume, but tonight was different. Ebony could feel the dread in her bones, and it was tearing her apart. Her throat tightening and her eyes stinging first with unshared but soon followed by an unending flood of tears.

Begging Al not to go out tonight was as far as she could go in her influence over him in their fourteen years together.

His feeling of responsibility for all that the Mister and Missus had done in saving him and saving her, she his greatest gift he said, weighed heavily on him. So here she sat, night after night gazing into the darkness praying for his safe return.

She feared tonight’s outcome. Her visions were few but clear and seeing his forthcoming death was stripping her of all her calmness. Her gut was twisted, spewing forth her dinner, leaving behind the sourness of sadness.

The anguish was building, and if Al had not forbidden following him into the alleyways, she would be hot on his heels. Her love for him was like a knife more cruel than the tortures of her past.

Wiping her mouth of the last of the true liquid in her vomit, she sees them coming and crumples to the floor as they carry his body in and lay him on the couch. The couch where she and Al started their love talks a lifetime ago.

A blood curdling howl rips from her throat spilling over her lips, rolling on and on …until she falls into an everlasting faint.

Gentle hands lift her limp body, to be laid beside her mate as their spirits soar together into eternity. The woman folds herself into her husband’s body as their tears mingle for the deaths of their handsome Persian and his beautiful Siamese.